Much of the recent, heated debate surrounding Zimbabwe’s coming elections centers on the nation’s largest foreign investor, China — and analysts say the conversation is distracting from the real election issue: Zimbabwe’s failing economy.

Zimbabwean President Emmerson Mnangagwa is courting both China and the West, saying that Zimbabwe, after decades of pariah status, is “open for business.”

‘Your business is shady dealing’

But Nelson Chamisa, leader of the opposition Movement for Democratic Change, has pledged to weed out Chinese investors whom he accuses of exploiting Zimbabwe. He accused Mnangagwa, whose nickname is Ngwenya, or Crocodile, of being involved. 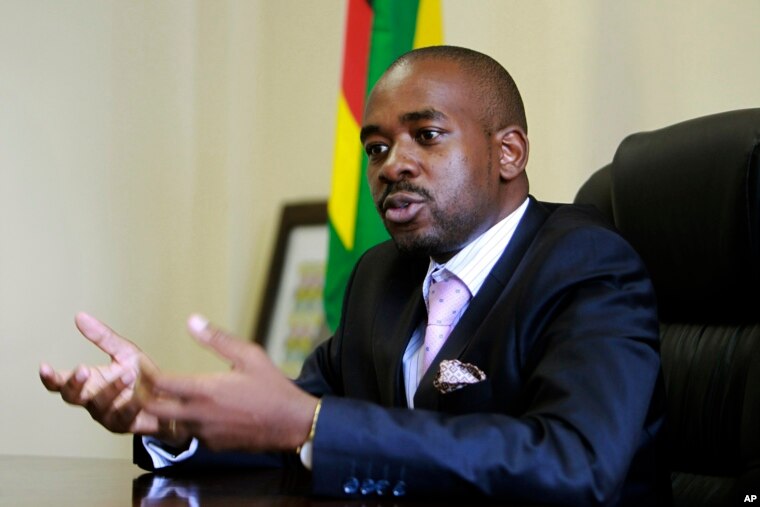 FILE - In this March 8, 2018 photo, the leader of MDC-T, Zimbabwe’s biggest opposition party, Nelson Chamisa gestures during an interview with the Associated Press in Harare. (AP)

“We do just say Zimbabwe is open for business when we see that the business you are talking about, is looting, your business is corruption, your business is marginalization of the workers, your business is shady dealing,” he said at a rally in Harare this week, speaking in a mixture of English and Shona. “We have seen the deals by Ngwenya and with the Chinese and others. They are busy asset stripping and looting our resources, so I said beginning September when I get into office, I will ask the Chinese to come in a queue and interrogate their deals. We will send away all those with bad deals for Zimbabwe. We want genuine investment which will bring benefit for the people, not for the leadership only.”

The opposition is attempting to unseat the ruling ZANU-PF party, which has ruled since independence in 1980. Chamisa has mocked Mnangagwa’s claim that Zimbabwe is “open for business,” saying that the nation needs to be choosier and only allow deals that “truly benefit the people” — not just elites and wealthy investors.

Zimbabwe has faced tough U.S. and international sanctions for alleged human rights abuses and political repression under former president Robert Mugabe. One of the few sources of foreign investment has been China, which has pumped money into mining, chemicals and textile projects.

“We’ve seen that kind of populist, anti-Chinese agitation in other African countries too,” he told VOA. “The most famous one was in Zambia a few years ago, when late President Michael Sata was campaigning under a similar kind of nationalist, anti-Chinese kind of message. But then, interestingly, after he came to power, that changed very quickly. Because I think once one is power and one faces the reality of the investment environment and the relative influence of China in the whole world, then it becomes very difficult. That’s kind of campaign talk, I think, more than governing talk.”

Mnangagwa has made clear overtures to China since he came into power in November after the military-supported resignation of President Robert Mugabe. His first presidential visit outside of Africa was to China, where, in April, he and President Xi Jinping spoke of a “new chapter” between the two countries and of deals that would rejuvenate Zimbabwe’s economy. 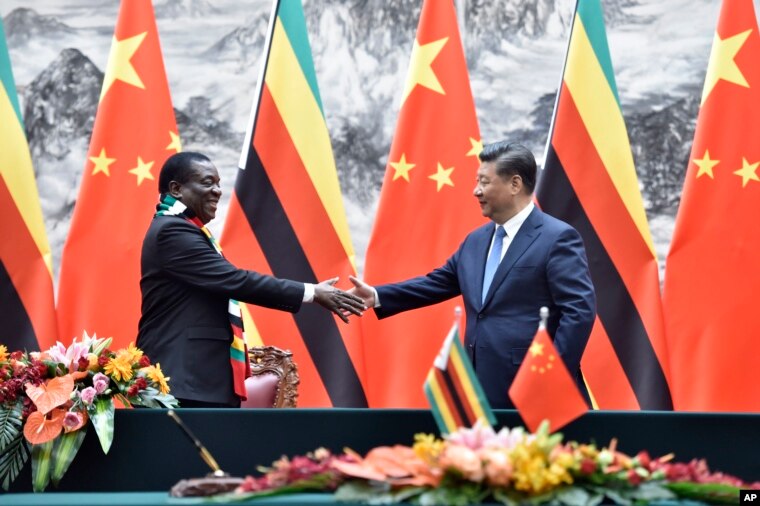 FILE - Zimbabwean President Emmerson Mnangagwa, left, shakes hands with Chinese President Xi Jinping as they pose for the media after a signing ceremony at the Great Hall of the People in Beijing, China, April 3, 2018. (AP)

During a welcoming ceremony last month in Beijing, Xi told Mnangagwa, “You are an old friend of China and I appreciate your efforts to develop relations in all areas.”

But is it real?

Derek Matyszak, a Harare-based political analyst from the Institute for Security Studies, says that for all that talk, he’s not convinced that the foreign direct investment has actually happened.

“It’s very difficult to distinguish between rhetoric and the pre-election propaganda from the reality,” he told VOA. “We are told that a lot of FDI has come into the country. Government’s official position is that $11 billion is earmarked for investment in the country. But when you start to analyze these deals, the details are vague. They are fake deals, sometimes the deals are little more than memorandums of understanding. There’s no actual, concrete investment going on behind them.”

And, he says, the Mugabe administration’s poor record of China-Zimbabwe joint ventures means that, while Zimbabwe may be open for Chinese investment, China may not be so sure. 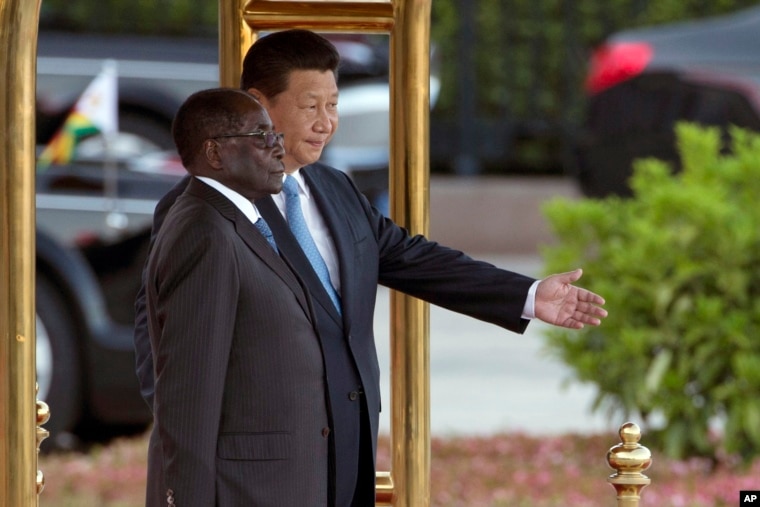 FILE - In this file photo taken on Aug. 25, 2014, Chinese President Xi Jinping, right, shows then-Zimbabwe’s President Robert Mugabe the way during a welcome ceremony outside the Great Hall of the People in Beijing, China. (AP)

“The Chinese are a little bit more cautious now, and are basically saying to the Mnangagwa government, ‘Well, before we start talking about new investment, what about the money that you owe us on account of the previous investments?’” he said. “So that’s a bit of a sticking point and a problematic area for Chinese-Zimbabwe relations.”

Sebastian Mhofu contributed to this report from Harare. This story originally appeared on voanews.com. (May 3, 2018)