The United States unveiled a new Africa strategy Thursday designed to prioritize American interests and challenge efforts by China and Russia to develop economic, political and security partnerships across the continent.

What’s new is a more explicit commitment to pursuing programs that unambiguously advance U.S. interests, and an emphatic desire to prevent Beijing and Moscow from making moves in Africa unchallenged.

The result is a strategy that emphasizes American needs and bilateral relationships, while downplaying African concerns, Jennifer Cooke, the director of George Washington University’s Institute for African Studies, told VOA.

“This sounds like a real return to the policies of realpolitik during the Cold War, when allies were based on their opposition to communism or the Soviet Union rather than good governance, human rights, economic prosperity and so forth,” Cooke said.

Bolton mentioned China at least 15 times in his speech at the Heritage Foundation, a conservative, Washington D.C.-based think tank. South Sudan, the most-cited African country, came up just five times. There, Bolton said, the United States plans to revisit the assistance it provides in light of ongoing conflict.

Bolton had pointed criticism for Beijing. “China uses bribes, opaque agreements, and the strategic use of debt to hold states in Africa captive to Beijing’s wishes and demands,” he said. “Its investment ventures are riddled with corruption, and do not meet the same environmental or ethical standards as U.S. developmental programs.” 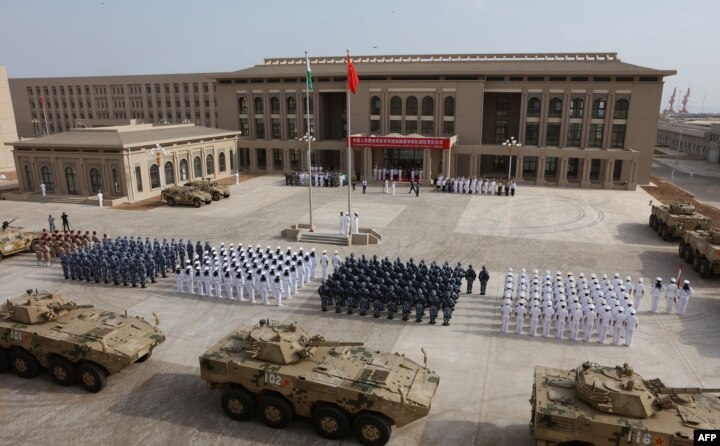 He cited debt concerns in Zambia and Djibouti, a new Chinese military base in Djibouti, allegations that China fired lasers at American pilots, and concerns that Djibouti might hand a strategic port over to Chinese companies.

Bolton painted Moscow in similarly negative terms, describing a government concerned only with self-interest. “Russia advances its political and economic relationships with little regard to the rule of law or accountable and transparent governance,” he said.

The Trump administration sees in its new strategy a sharpened focus that will deliver results. But framing the dynamics in Africa too narrowly could undermine both U.S. and African interests, Judd Devermont, the director of the Africa program at the Center for Strategic and International Studies, told VOA.

“When you don’t see the bigger chessboard, you actually miss opportunities to advance U.S. interests and to improve African prosperity,” Devermont said.

The new policy doesn’t acknowledge many of the global players jockeying in Africa. India, Iran, Turkey, Saudi Arabia, Qatar and the United Arab Emirates — all of whom Bolton left out of his remarks — have made significant investments in Africa, from the Horn to Johannesburg.

A better approach for the Trump administration, Devermont said, would be to account for the many multilateral relationships unfolding in Africa. “They’re major players putting [in] lots of money and advancing their goals, and we lacked from this administration [information] on how they are going to navigate that,” he said.

Bolton also spoke of mutual respect, African agency and self-reliance. But how the United States will navigate relationships with African countries with extensive ties to either Beijing or Moscow is not yet clear. 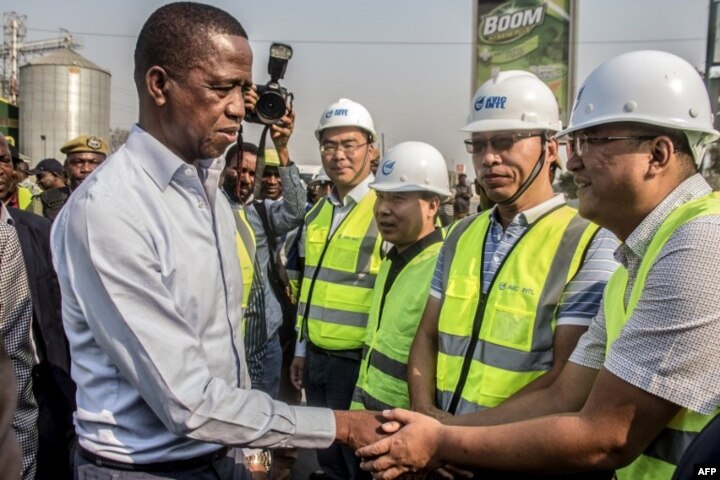 A policy predicated on antagonism toward China could prove tricky, though, in light of Beijing’s extensive investments in nearly every country in Africa. To date, China has made more than $142 billion in loans to African countries, often with very favorable terms.

Whether the United States will tie its aid and investment programs to recalibrated relations with Beijing remains unclear. But Bolton was firm that the U.S. should not assist nations working against its interests.

“Countries that repeatedly vote against the United States in international forums, or take actions counter to U.S. interests,” he said, “should not receive generous American foreign aid.”

Cooke worries that only investing in countries in close alignment with U.S. interests will produce short-term gains at a long-term cost.

“My sense was that the administration will be looking for partners who support the U.S. — contra other great powers,” she said. “I think that can be problematic in the long run.”