People walk past an installation set up ahead of the Forum on China-Africa Cooperation (FOCAC), in Beijing, China, Aug. 24, 2018. (Reuters)

When African leaders meet next week in Beijing for the 2018 Forum on China-Africa Cooperation, they’ll strike million- and billion-dollar deals for infrastructure, business and development projects.

To date, China has made more than $142 billion in loans to African countries, and this year’s forum will deepen those financial ties.

But U.S. politicians are ringing alarms about overreliance on Chinese financing, while analysts who study Sino-Africa relations see fresh opportunities for African leaders to negotiate deals that better serve their countries’ interests. 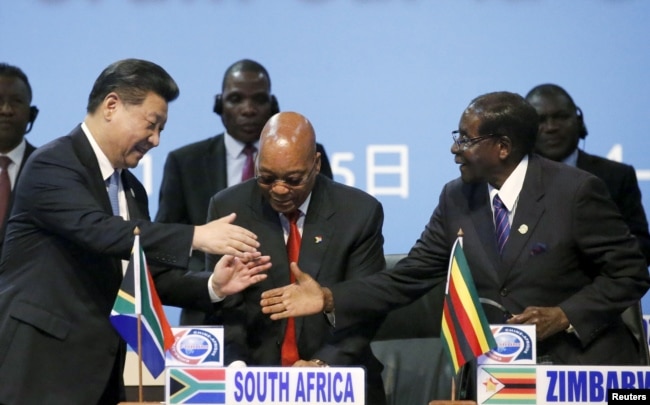 “I don’t think it’s much about these recipient countries as it is about this power play between the U.S. and China over this global dominance kind of narrative,” Benabdallah said.

That’s not to say concerns about Africa’s deals with China aren’t warranted. Many countries may face difficulties repaying loans, Benabdallah said, or have unfavorable trade deficits with the world’s second-largest economy. 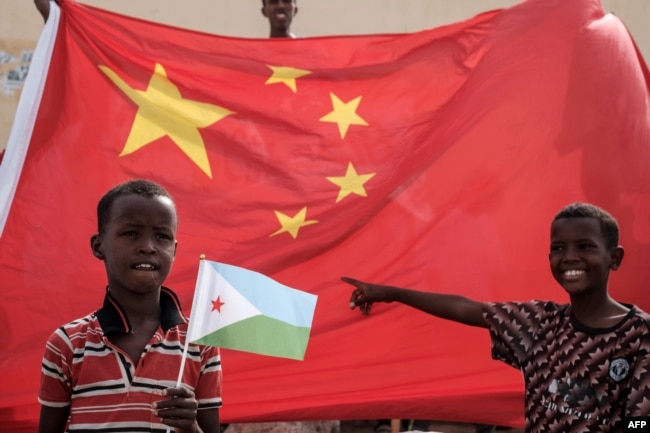 FILE - A boy holds the Djiboutian national flag in front of the Chinese national flag as he waits for Djibouti’s President Ismail Omar Guellehas before the launching ceremony of China-financed 1,000-unit housing construction project in Djibouti, July 4, 2018.

But on the whole, China accounts for a small portion of Africa’s overall debt burden, according to research published this month by the China Africa Research Initiative at Johns Hopkins University(PDF). In just three cases — Djibouti, The Republic of Congo and Zambia — the researchers found Chinese loans are the leading contributor to debt risk.

“China is part-and-parcel of the larger problem, [which is] that some of these countries are taking on too much debt,” Luke Patey, a senior researcher at the Danish Institute for International Studies who focuses on China’s global business dealings, told VOA. 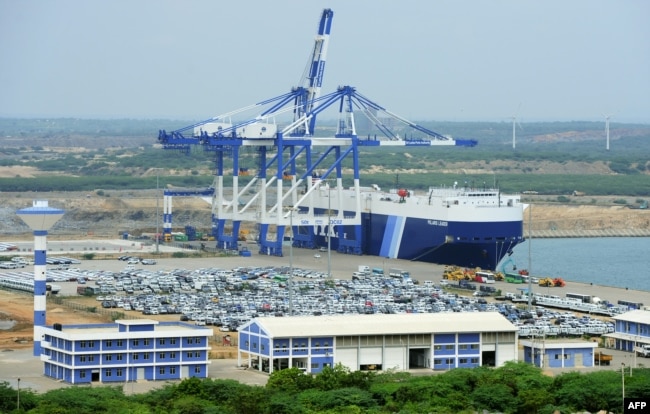 In December 2017, Sri Lanka provided a glimpse into how China might handle other debtors, including those in Africa, who can’t pay China back.

After Sri Lanka ran into trouble with its loans, China renegotiated the terms and forgave debt, in exchange for ownership of Hambantota Port and 15,000 acres of surrounding land in the form of a 99-year lease on the property, The New York Times reported in June.

“And that’s brought on some sovereignty concerns,” Patey said. “There’s a fear that Chinese debt is not simply an economic issue but can quickly evolve into political intervention, commercial intervention and even an increasing military presence,” he added.

Chinese loans often come with preferential terms, including zero-interest financing in some cases. And the projects they’re financing serve a purpose.

“A lot of these infrastructure projects are much needed,” Benabdallah said, and African nations haven’t had other ways to take on massive projects since their economies, while growing quickly, remain relatively small.

Djibouti, a country that faces a particularly worrying debt load, crystallizes the situation in Africa.

“For a long time, Djibouti has been looking for this development and trying to find ways to have infrastructure projects,” Benabdallah said. In China, they’ve found a willing partner, and Djiboutians anticipate the deals their government has struck will produce jobs and future development opportunities, she added.

But there’s still a need for caution across the continent, Patey said.

“Many of these infrastructure projects haven’t, to date, produced tremendous amounts of revenue for African governments,” he said.

The deals also often have stringent “economic conditions,” he added. Projects must be built with Chinese labor and supplies, and often must be managed by China for several years. 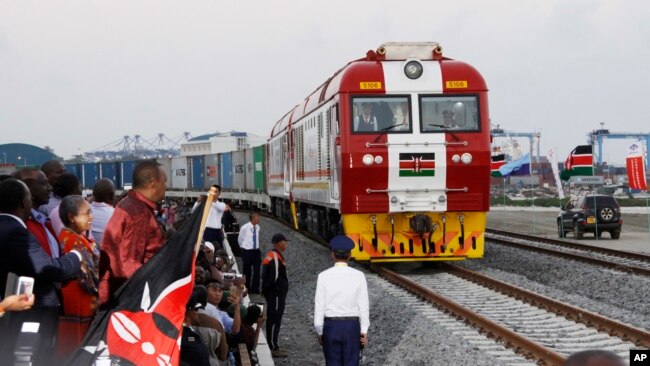 FILE - Kenyan President Uhuru Kenyatta, third from left, watches the opening of the SGR cargo train as it leaves the port containers depot in Mombasa to Nairobi, May 30, 2017. The project, a $3.3 billion investment backed by China, is the country’s largest infrastructure project.

“All of these loans have not been forced upon African governments and African leaders. They’ve willfully brought them in,” Patey said.

But the deals are often opaque, and that can feed corruption.

“This is one of the key problems that Africa faces,” Patey said, and it’s not unique to China.

Increasing transparency is one way to make financing work better for African countries. But bilateral deals also put recipient countries at a disadvantage, according to Benabdallah.

Without a collective vision or formal policy for dealing with financing from China — or anyone else for that matter — African nations lose bargaining power and end up with less appealing terms, Benabdallah said.

Along with tighter coordination, African countries also need to invest in and develop domestic firms to keep profits local, Patey said. With some of the world’s fastest-growing markets, Africa is well-positioned to leverage its resources to prevent wealth from leaving.

“African governments can push for better technology transfer [and] better training that builds domestic firms to be more competitive in the global economy,” Patey said.