National flags of China and Djibouti fly in front of Djibouti International Free-Trade Zone before the inauguration ceremony in Djibouti, July 5, 2018. (AFP)

In a ceremony last week attended by heads of state from across East Africa, Djibouti inaugurated what it says will become the largest free-trade zone on the continent.

The project will take 10 years to complete and will occupy more than 48 square kilometers when finished. In the pilot phase, it will increase the size of Djibouti’s economy by 11 percent, Prime Minister Abdoulkader Kamil Mohamed told VOA’s French-to-Africa service.

But the $3.5 billion project will also add to what some experts consider to be an extreme reliance on Chinese financing and could raise the small desert nation’s debt to alarming levels.

Scott Morris is a senior fellow at the Center for Global Development and the director of the U.S. Development Policy Initiative. He co-wrote a report in March that highlights the debt implications of the Belt and Road Initiative. 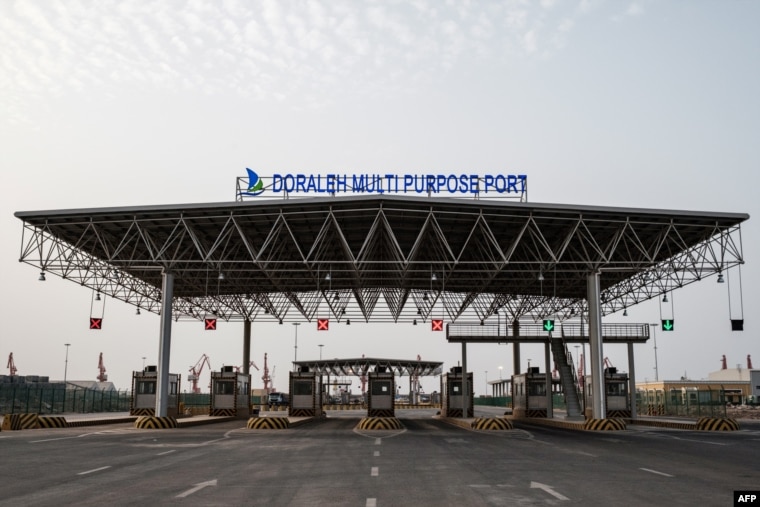 The entrance gate of Doraleh Multi-Purpose Port is seen in Djibouti, July 4, 2018. East Africa’s smallest country, Djibouti, is seeking to capitalize on its strategic position on one of the world’s busiest trade routes.

Morris and his colleagues considered the debt vulnerability of 68 countries involved in the BRI, including China. They concluded that most countries have a low risk, but for eight countries, the risk is high.

Djibouti is the only high-risk African country. It stands out because its debt represents a large portion of its gross domestic product, which economists consider to be a good indicator of a country’s overall economic strength and size. By the end of 2016, Djibouti’s debt had reached more than 86 percent of its GDP, and it owed nearly all of that money to China.

Combined, these factors make Djibouti susceptible to debt distress, a condition that can hurt economic growth or even cause an economic crisis. 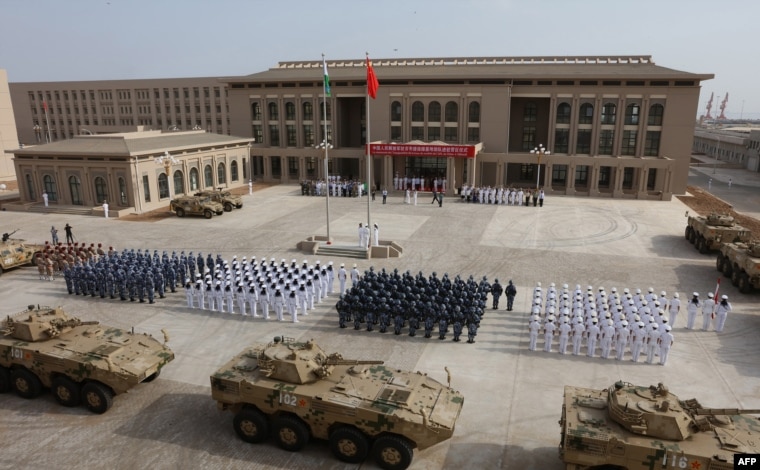 Djibouti is optimistic its investments will pay off.

“We don’t have natural resources, but God has placed us in a strategic zone where about 30 percent of the maritime commerce in the world passes through,” Mohamed said. “So, we are well-situated, and we plan to take advantage of this placement to have the maximum profit for our country and our people.”

Morris agrees that Djibouti’s infrastructure deals could generate significant economic activity and growth, and that helps keep the risks of debt in check.

The catch, according to Morris, is big infrastructure projects pay dividends over the long haul, but debt obligations kick in much sooner. “With deals like this continuing to stack up, it does seem to me that Djibouti is facing a real debt problem,” Morris said.

If Djibouti were to default on its loans, it might find itself handing full control of projects such as the free-trade zone or Chinese-built ports over to China. That precedent was set late last year, when Sri Lanka, burdened with $8 billion in loans to Chinese firms, transferred the Port of Hambantota to China on a 99-year lease. If China were to take control over a Djibouti-based infrastructure project, the geopolitical implications could extend far beyond finances. But a handover wouldn’t be necessary for China to sway politics in the region and beyond.

“There’s no doubt that the Chinese government as a creditor also makes its political will known on issues that matter to it,” Morris said.

Those stipulations aren’t unique to China, Morris added, citing the United States as one example of a country that ties economics to politics. President Donald Trump’s administration, Morris said, has made clear that countries would be eligible for financial assistance depending on their votes in the United Nations.

The additional challenge with Chinese loans, according to Morris, is a lack of transparency. “It’s really hard to judge the degree to which they are extracting political concessions.” 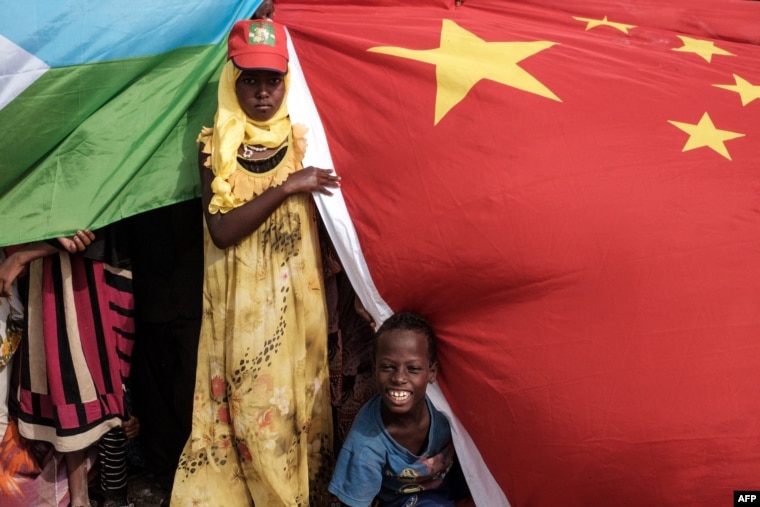 People hold Chinese and Djiboutian national flags as they wait for the arrival of Djibouti’s president, Ismaïl Omar Guelleh, before the launching ceremony of new 1,000-unit housing construction project in Djibouti, July 4, 2018. The project is financially supported by China Merchant, the operation partner of newly inaugurated Djibouti International Free-Trade Zone.

“There’s not a consistent reporting principle on the part of China as a creditor,” he added. And because China hasn’t agreed to be governed by globally accepted financing rules, the risk for countries that accept Chinese loans goes up.

African countries need to vet Chinese-financed projects carefully, Morris said, being sure the terms adhere to accepted financing standards. But that doesn’t mean all BRI projects should be taken off the table.

“If there is a viable infrastructure project that an entity like the China Development Bank wants to finance, and the terms look reasonable, there’s no reason not to proceed with that,” Morris said. “But one has to evaluate each project on its own merits.”

In Djibouti, the government is confident its strategy is paying off. “Chinese interests are Djiboutian interests also,” Mohamed said. “We are happy to profit from our position so we can develop our country.”

Idrissa Fall and Anasthasie Tudieshe contributed to this report. This story originally appeared on voanews.com. (July 11, 2018)