FILE - A security officer takes a selfie at the main gate of Djibouti International Free-Trade Zone after the inauguration ceremony in Djibouti, July 5, 2018. (AFP)

Infrastructure and trade dominate news about China’s involvement in Africa.

Projects like the $4 billion Standard Gauge Railway in Kenya and the $3.5 billion free-trade zone in Djibouti are among the biggest investments African countries have made in their industrialization, with broad implications for transportation and commerce.

And in 2015, China did $188 billion worth of trade with Africa, more than the next top three countries combined, according to a report from McKinsey and Company, a global management consulting firm.

But China’s presence in Africa takes many forms, and some of the most important opportunities for African countries aren’t in massive infrastructure and trade deals, but instead with Chinese businesses that have been boosting local economies around the continent.

“There’s not one China. There are actually many Chinas, all engaged in Africa at the same. And all these different Chinas think and act differently and have different interests and engage Africa in different ways,” said Irene Sun, an engagement manager at McKinsey. 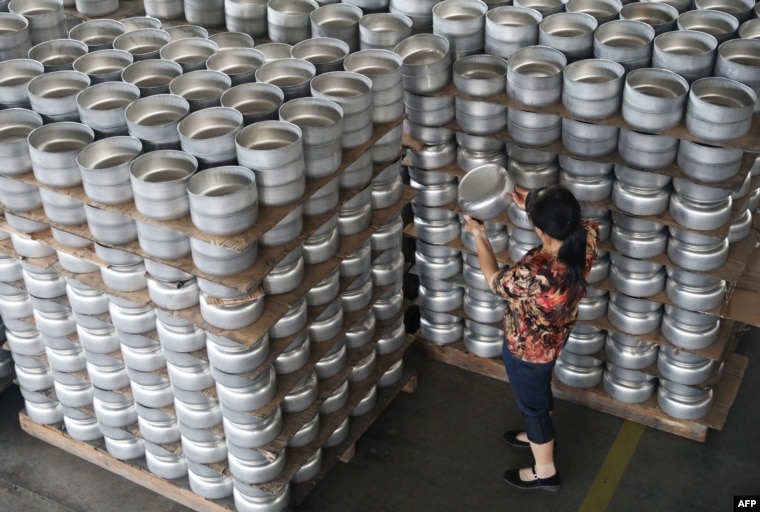 FILE - An employee checks pots that will be exported to South Africa at a factory in Hangzhou in China’s eastern Zhejiang province, June 25, 2018.

Sun’s book, The Next Factory of the World, explores how Chinese firms have shaped local economies across Africa.

Partnerships with private Chinese businesses are what is most important for ordinary African citizens, Sun said. These enterprises have been investing in technology, manufacturing and services, and that’s creating jobs and newfound wealth.

“When you look at a sector like manufacturing, this is really a sector that lets lots of people who maybe didn’t get the chance to go to college, who haven’t had a ton of skills development and training formally, it gets them into the formal employment sector for the first time,” Sun said.

At the last FOCAC summit, in December 2015, China met with African heads of state and committed $60 billion in financing to the continent, triple the commitment from three years before. Most of the contributions take the form of low-interest concessional loans. 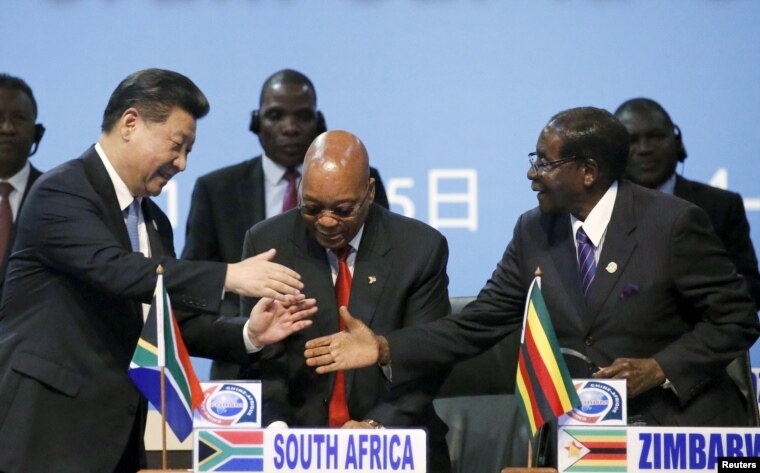 And as part of the Belt and Road Initiative, the railway from Nairobi to Mombasa became Kenya’s most ambitious and expensive infrastructure project to date when it opened in May 2017.

“Kenya is not alone in there being lots of opportunity to think through in more detail how China’s involvement and interest in Africa can advance African countries’ own national development goals,” Sun said.

The key for African countries, Sun added, is to mesh what they already want to do, in terms of infrastructure and job growth, with their unique strengths and China’s specific interests.

Sun sees the Standard Gauge Railway, which connects Kenya’s two largest cities, as a leap forward in the country’s development.

Travel between Nairobi and Mombasa by road is unpredictable and can take up to 15 hours.

“And now you have a railway where you can get on a train and you can arrive at the other end in five hours. That is completely game-changing for people movement but, I think, perhaps more importantly for goods movement,” Sun said.

The railway has the potential to help businesses operate more efficiently, drastically reducing their costs. That’s likely to have significant economic benefits and may attract new investment. 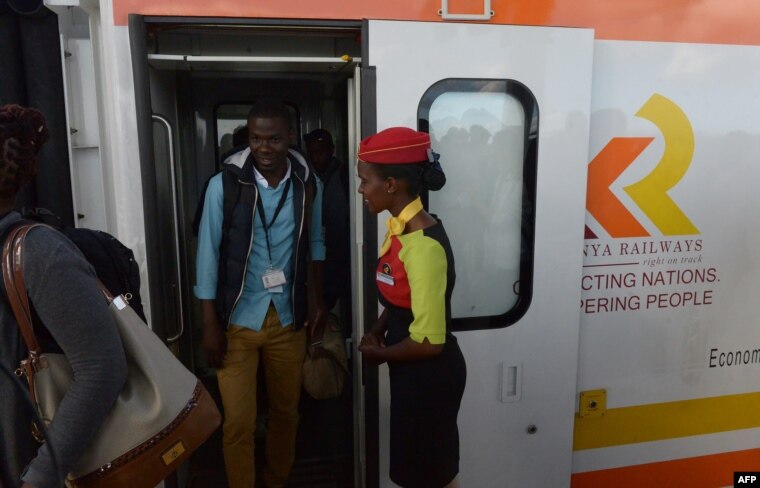 FILE - Passengers disembark upon arrival in a Mombasa-to-Nairobi train launched to operate on the Standard Gauge Railway, May 31, 2017.

But massive infrastructure investments don’t come with guaranteed returns, and that presents an imminent danger.

In the case of the Standard Gauge Railway, cargo shipments, which started in January, have far underperformed projections. In March, Kenyan newspaper The East African reported that volume was running well below estimates and raised questions about the sustainability of the service.

Since Africa doesn’t have much manufacturing yet, manufactured goods cost a lot to produce. Firms who enter the market with improved technologies and processes can find ways to lower costs and make significant profits.

As investment in Africa accelerates, African countries will face certain risks and need to develop strategies to mitigate them.

“There are many risks for Africa as it develops broadly and as it develops on the back of foreign investment, whether it’s Chinese or not,” Sun said.

Those risks stand to impact both people and the environment.

Mining jobs carry significant dangers to workers, and many factories have heavy machinery that can cause injuries and death, creating a need for well-defined standards and compliance across industries.

And as industrialization accelerates across the continent, pollution and land degradation will become more pressing concerns, underscoring the need for regulation.