In the 2017 movie Wolf Warrior 2, the protagonist is a heroic Chinese soldier fighting mercenaries, pirates and an Ebola-like disease in a nameless African country. The film depicts a China that’s strong but benevolent — ready to fight but doing so in the name of justice and peace.

Wolf Warrior 2 also reflects the stance of the Chinese government, said Peter Fabricius, a freelance journalist and a consultant with the Institute for Security Studies, an Africa-focused research organization.

“[Chinese leader] Xi Jinping is carving out an increasingly assertive role for China on the world stage,” Fabricius told VOA.

Offscreen, China’s security footprint in Africa has been expanding quietly alongside its deepening economic interests across the continent. Experts disagree about whether China might, in the future, protect its interests through force. But they see its presence in Africa as a testing ground for a new kind of multilayered engagement around the world. 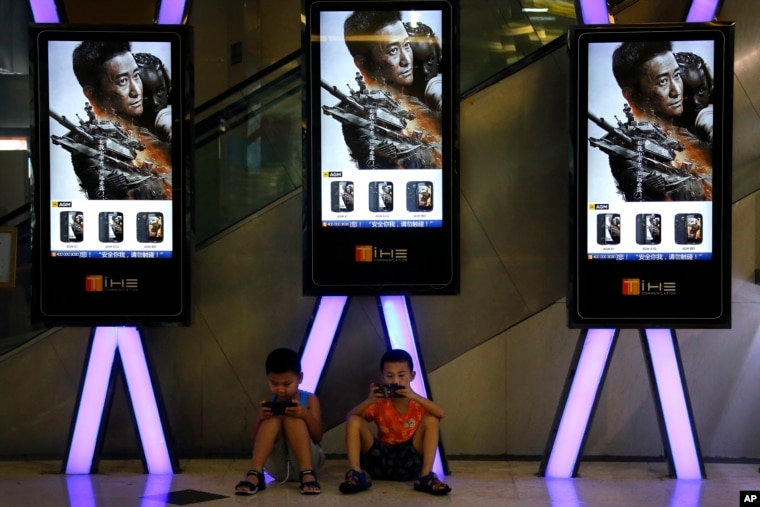 FILE - Children use smartphones near monitors displaying a Chinese action movie “Wolf Warrior 2” at a cinema in Beijing, Aug. 10, 2017. (AP)

Historically, China exerted its security presence in Africa through contributions to United Nations peacekeeping missions, Fabricius said. However, it has long used its U.N. involvement to protect its interests, he added.

But recently, China has shown a willingness to take direct military action in Africa. Its navy has monitored and captured Somali pirates in the Indian Ocean, and last year China opened its first overseas logistics and military base, a naval resupply facility in Djibouti.

China’s maritime presence, including its navy, is now arguably the world’s strongest, David Lampton, the director of China Studies at Johns Hopkins’ School of Advanced International Studies, said at a recent screening of the film in Washington.

“As China’s interests in the world grow, China feels entirely — as I think it should — entitled to protect its people. And that’s going to lead to a more interventionist China,” Lampton said. 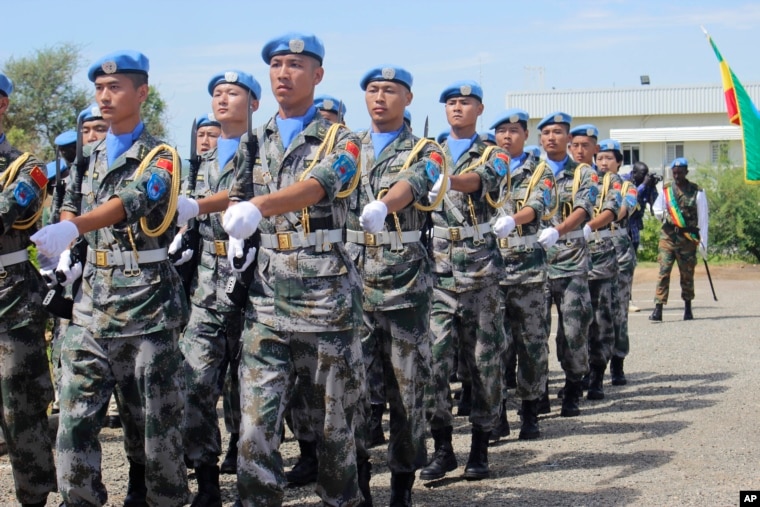 “That’s been undercutting the efforts by Western donor countries, if you want to put it that way — development partners, more euphemistically — to use their aid, et cetera to develop democracy, human rights and so on, making it conditional,” Fabricius said.

In reality, Fabricius said, China does impose conditions. Countries that work with the world’s second-largest economy must observe the One-China policy, for example. That doctrine insists that Taiwan is part of China.

In other cases, nations that accept Chinese assistance have been asked to ban visits from the Dalai Lama, whom Beijing considers a subversive force working to promote Tibetan independence.

Development aid has also come with a cost. In Angola, China has offered aid in exchange for future rights to oil. In Djibouti, Kenya and elsewhere in East Africa, funding for large infrastructure projects may trigger exclusive access rights if countries struggle to pay back their loans.

Djibouti, home to the Chinese logistics and military base and a new Chinese-funded electric railway that connects it to Ethiopia, has borrowed the equivalent of more than 75 percent of its GDP from China. 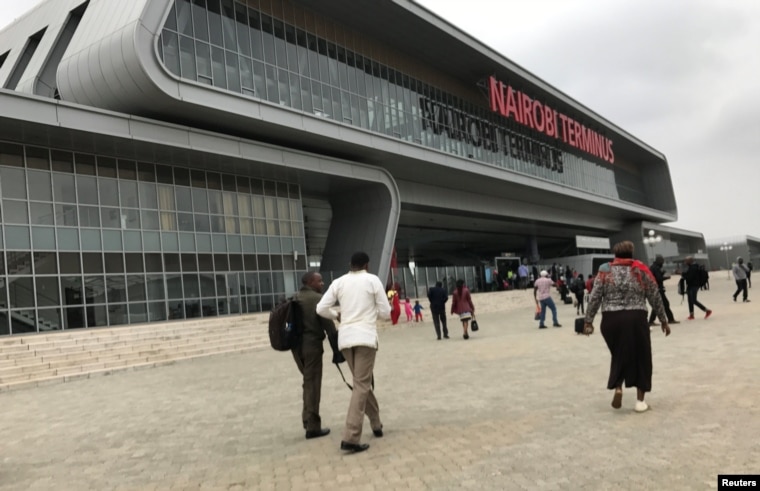 FILE - Passengers arrive to purchase tickets for the Standard Gauge Railway (SGR) line constructed by the China Road and Bridge Corporation (CRBC) and financed by the Chinese government at the Nairobi Terminus in the outskirts Nairobi, Kenya, July 28, 2017. (AP)

Experts disagree on whether China would protect its interests through direct force and under what circumstances that might happen.

But China’s trillion-dollar Belt and Road Initiative, its massive collection of global infrastructure projects, has produced tensions that may require military might to protect commercial interests, Lampton said.

Lampton was less confident that China won’t use its expanding security presence to project force as its economic interests expand.

“China doesn’t want to depend on the U.S. Navy to guarantee its resource supply,” Lampton said. That punctuates the need to protect its own interests and also raises questions about whether China would act defensively or offensively. That’s a matter of perspective and of how a specific context gets framed, Lampton said. The message of Wolf Warrior 2, directed by and starring Wu Jing, seems to be resonating at home. The film has become the highest-grossing movie in China, surpassing all domestic and Hollywood-produced films.

Rosemary Segero, a Kenyan businesswoman and consultant who attended the film screening, appreciated the portrayal and welcomed the message.

She said the movie depicted positive aspects of Chinese involvement in Africa and should be shown across the continent. “I think that would be used as a tool for peacebuilding and security,” Segero said.