FILE - A general view of Gwadar port in Gwadar, Pakistan, Oct. 4, 2017. The port is at the heart of a Chinese investment in the China-Pakistan Economic Corridor (CPEC). (Reuters)

“Not at all,” said Lijian Zhao, the deputy chief of the Chinese embassy in Islamabad, when asked by VOA whether his country was upset with possible Saudi financing in CPEC projects.

In a detailed interview, the senior Chinese diplomat asserted that Beijing itself has been encouraging Islamabad to engage in investments in CPEC from other countries.

CPEC is estimated to bring $62 billion in Chinese investments to Pakistan over the next 15 years for building transportation networks, special economic zones and power plants to help Islamabad improve its manufacturing capacity and overcome energy shortages.

China has already invested more than $19 billion in 22 “early harvest” projects in Pakistan since the two countries launched the massive infrastructure development project four years ago.

The Chinese investment has helped Pakistan upgrade and construct new highways and power plants that have effectively addressed electricity shortages in Pakistan. It has also created more than 70,000 jobs for locals.

“If any other party would like to contribute positive factors to promote the interconnectivity and prosperity of the region on the basis of consultation, I think this is a positive factor,” Chinese Foreign Ministry spokesman Lu Kang told reporters Monday. He was responding to Pakistan’s invitation to the Saudis to invest in the bilateral development project.

The centerpiece of the project is Pakistan’s Chinese-built and operated deep-water Gwadar port on the Arabian Sea, which is regarded as the gateway to CPEC. Zhao said that contrary to “misreporting and propaganda in the Western media,” all CPEC projects are doing “very well” on the ground and moving fast, with nine of the 22 completed, and the rest in the process of completion.

“In the initial phase, a network of roads and power plants has been established, laying the foundation for building special economic zones and bringing high-quality Chinese technology, as well as labor-intensive industries, to Pakistan to help build [the] manufacturing capacity of the country,” he explained.

The industrial cooperation will help create tens of thousands of much-needed jobs for Pakistan. It will enable the country to produce more high-quality, export-oriented goods that would help generate crucial foreign exchange for the country, Zhao said.

“In the next five years, we should further encourage other countries to participate, in terms of bringing financing, construction and equipment to CPEC projects,” he added. 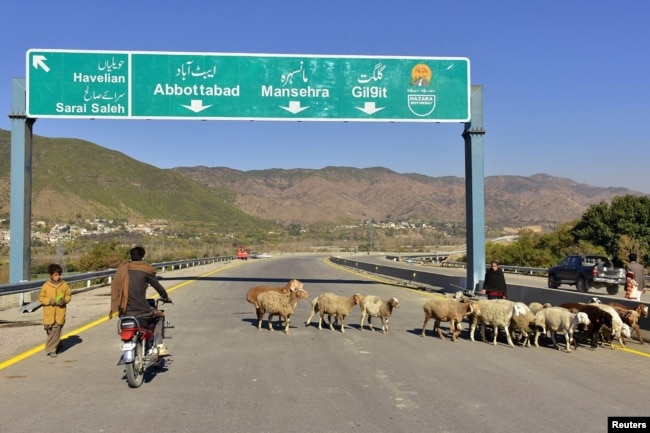 The Chinese diplomat strongly dispelled the impression that China is burdening Pakistan with expansive loans to push the country into a “debt trap.”

Of the $19 billion invested so far under CPEC, Zhao explained, about $6 billion has been given to Islamabad as “concessional loans,” with an interest rate of just over 2 percent and a grace period varying from five to eight years. The loan repayment timeframe for different projects ranges from 12 to 15 years, he added.

The rest of the $13 billion has come from China as direct foreign investment to Pakistan under agreements strictly between the Chinese government and companies, making Beijing the largest investor in the past five years, Zhao said.

He dismissed as mere speculation that Pakistan and China are renegotiating ongoing CPEC projects, saying “state-to-state agreements are not up for revision once they are implemented on the ground.”

Instead, he said, the two sides have resolved to complete ongoing projects as early as possible to go for CPEC’s geographical expansion so it can be extended to the West, if required, to Afghanistan and other countries, including neighboring Iran.

“This bilateral undertaking is purely an economic mission, and it has nothing to do with expanding [China’s] territorial or political influence,” he insisted. 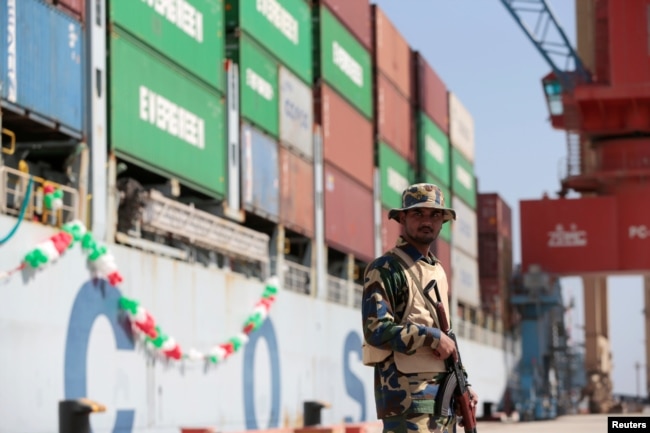 FILE - A soldier stands guard beside the Cosco Wellington, the first container ship to depart after the inauguration of the China Pakistan Economic Corridor port in Gwadar, Pakistan, Nov. 13, 2016.

“The flagship China-Pakistan Economic Corridor under the BRI initiative of President Xi Jinping also offered opportunities to other countries to invest in CPEC projects and reap benefits in various sectors,” Khan told a meeting of his senior cabinet ministers in Islamabad.

“Strengthening the all-weather Pakistan-China strategic cooperative partnership is the cornerstone of Pakistan’s foreign policy, and early implementation of CPEC projects would help realize the true potential of Pakistan-China economic relations, not only for the two countries, but for the entire region,” Khan said. Pakistan’s foreign exchange reserves are rapidly depleting, as the country faces a mounting balance-of-payments crisis and urgently requires about $12 billion to meet its liabilities. Skeptics blame CPEC-related imports of heavy machinery and other equipment for Pakistan’s massive trade deficit.

The United States has already cautioned IMF against lending money to Pakistan, suspecting the country may use it to settle Chinese debts, assertions both Islamabad and Beijing strongly rejected.

Chinese President Xi has pushed the BRI as a means of increasing international trade and goodwill through massive infrastructure spending.

Morgan Stanley has estimated the initiative will cost $1.3 trillion by 2027. Xi has called it the “project of the century,” comparing it to the ancient Silk Road that made China a hub of international commerce.

Thailand, Laos, Sri Lanka and the Maldives have all voiced complaints about the terms of the loans from China, which many have described as debt traps. Newly elected Malaysian Prime Minister Mahathir Mohamad canceled a $20 billion rail project in August, for example.

Officials of the new Pakistani government insist their criticism of CPEC are not aimed at China, but at the former government for not prioritizing the projects in a way that would have brought early benefits to economically burdened citizens of the country.