FILE - African delegates walk by a screen panel showing a footage of Chinese President Xi Jinping with Ethiopia’s Prime Minister Abiy Ahmed ahead of the Forum on China-Africa Cooperation in Beijing, Sept. 3, 2018. (AP)

As US ‘Debt-Trap Diplomacy’ Rhetoric Heats Up, China-Africa Relations Hold

When U.S. National Security Adviser John Bolton rolled out the United States’ new Africa strategy last week, he used the occasion to identify China as an imminent threat to both American and African interests.

At different points in prepared remarks delivered at the Heritage Foundation, Bolton characterized China’s presence in Africa as predatory, opportunistic and power-hungry.

He focused on Chinese involvement in Djibouti, where Beijing has built its first overseas military base, and Zambia, where rumors have swirled since September that unsustainable debt will force the mineral-rich country to hand its state-owned power company, ZESCO, over to China.

Both Zambian and Chinese officials have denied a takeover, yet Bolton was adamant that African nations will pay dearly for Beijing’s ambitions, if the United States doesn’t step up.

But U.S. jabs are unlikely to change Sino-Africa dynamics, which have been developing for more than a half century, Yun Sun, the director of the China program and co-director of the East Asia program at the Stimson Center, told VOA.

Bolton is just the latest U.S. official to ring alarm bells about China’s presence in Africa. 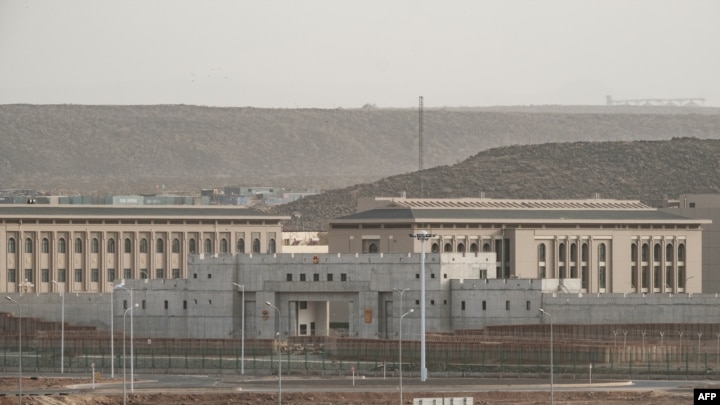 FILE - Buildings on a Chinese military base are seen next to Doraleh Multi-Purpose Port in Djibouti, July 4, 2018.

But U.S. grievances haven’t yet shaped how China does business with Africa, Sun said.

“When the Chinese look at their lending practices in Africa, what they care more about is the reaction within the recipient countries,” she said.

African nations’ concerns might differ from Washington’s. And as long as countries like Zambia are willing to work with China, Sun said, U.S. grievances aren’t likely to sway Beijing’s decision-making. “The Chinese reaction will be that, ‘If you don’t like what we do, why don’t you offer them an alternative?’ ”

“Although the Chinese government is an authoritarian government, it doesn’t mean that their investment does not require any return,” Sun said.

Beijing has put tens of billions of dollars in taxpayer money and foreign reserves on the line for African infrastructure projects, and China doesn’t want to find itself in “lending traps” any more than African countries want to be in “debt traps,” Sun added. 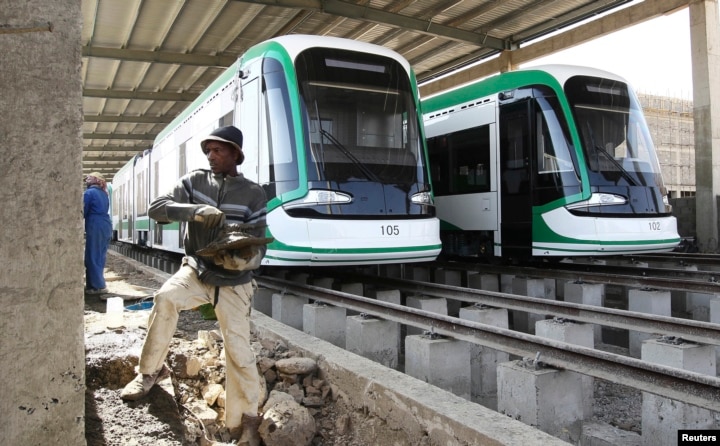 Beijing also has a track record of forgiving debt, Sun said, and adjusting terms to make defaulting less likely. At this year’s Forum on China-Africa Cooperation, for example, Chinese President Xi Jinping struck a deal with Ethiopian Prime Minister Abiy Ahmed) to double the payback timetable for the multi-billion dollar loan used to construct a railway from Addis Ababa, the capital, to neighboring Djibouti.

The United States isn’t alone in its criticism of China. In campaign speeches, opposition parties across Africa often point to the problems ruling parties’ alliances with Beijing have caused in their countries.

That was true in Zambia’s general elections in 2008 and 2011, Sun said. But the concerns have a way of fading when opposition parties assume power. Once they take over government, Sun said, they discover working with China is non-negotiable.

“China is not a dispensable partner in the process,” Sun said.

But criticisms of Beijing continue to punctuate campaign rallying cries, not only across Africa but also in Southeast Asia and, in the 2016 general election, in the United States.

“I think the Chinese are used to the fact that, during political transitions, China will be used as a punching bag,” Sun said.

But for resource-strapped countries looking to develop much-needed infrastructure projects, the Chinese model hasn’t lost any of its luster. Beijing offers easy cash and requires little in the way of governance or transparency. 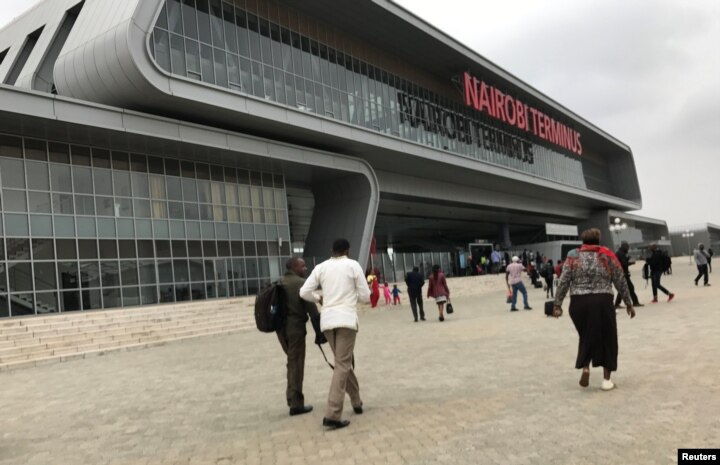 FILE - Passengers arrive to purchase tickets for the Standard Gauge Railway (SGR) line constructed by the China Road and Bridge Corporation (CRBC) and financed by Chinese government at the Nairobi Terminus in the outskirts Nairobi, Kenya, July 28, 2017.

Loans are easy to adopt, and the implications of financing don’t come to fruition until much later. In some cases, Chinese money is the only financing African nations have available.

Beijing’s footprint in Zambia, and most other African countries, can’t be disputed, Sun said.

African leaders know the money Chinese lends isn’t free, Sun said. But that doesn’t mean they’ll have the foresight — or political will — to navigate both short- and long-term risks.

Some deals may well compromise countries’ sovereignty, even if that isn’t Beijing’s aim. “I think there’s also a key question in terms of whether the African governments are making the right choices,” Sun said.

And Sino-Africa relations have faced various headwinds in recent months.

Ongoing investigations into corruption in Kenya have led to arrests of both Kenyan and Chinese officials.

Allegations of Chinese hacking at the African Union headquarters put a pall over what was billed as a gift of goodwill to the continent.

Despite these setbacks, sharp rhetoric from the U.S. isn’t likely to sway dynamics in Zambia and beyond, Sun said. For real influence, the West should not just lobby African governments to see Chinese loans as “evil gifts,” but provide appealing alternatives, she added.