FILE - A bank clerk counts Chinese banknotes at a branch of Industrial and Commercial Bank of China in Huaibei, Anhui Province, June 8, 2012. The central banks of 14 African countries are considering adding the Chinese yuan to their foreign reserves. (Reuters)

More than a dozen African countries have been weighing the merits of adding the Chinese yuan to their mix of foreign reserves, discussing the idea at a gathering of officials last month in Harare, Zimbabwe.

Adopting the yuan, also known as the renminbi, or RMB, would make it easier for African countries to pay back loans to China.

But it could also increase reliance on an economic and development partner that’s come under increasing scrutiny for the conditions it places on deals with African partners.

China’s currency has been gaining global traction since 2015, when the International Monetary Fund announced plans to add the yuan to its Special Drawing Rights (SDR) fund, a currency “basket” that supplements the reserves in member countries’ central banks.

Patrick Mutimba is the director of the Financial Sector Management Program at the Macroeconomic and Financial Management Institute of Eastern and Southern Africa (MEFMI), a group that provides economic and financial consulting to 14 countries in southern and eastern Africa.

MEFMI hosted the meeting in Harare, and Mutimba told VOA that all MEFMI member countries are considering adopting the yuan.

“The most compelling cases would be countries that are entering new debt arrangements, as previous loan agreements may have been denominated in USD already,” Mutimba said in an email. 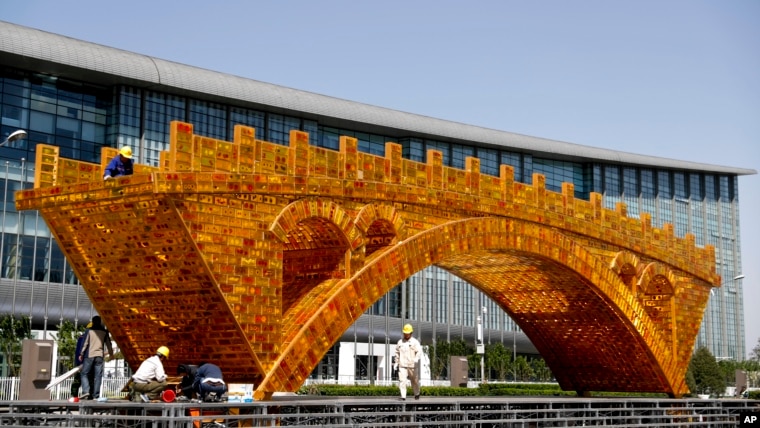 FILE - Workers install wires on a Golden Bridge of Silk Road structure outside the National Convention Center, the venue for the Belt and Road Forum for International Cooperation, in Beijing, April 18, 2017.

Some African countries have an additional incentive to boost their yuan reserves. If they can repay large, Chinese-financed infrastructure projects in RMB, they can avoid what Mutimba called an “intermediate currency risk.”

If the dollar loses value, for example, the cost to repay a loan could effectively increase.

But a move toward the yuan could carry both practical and intangible risks for African countries.

China’s economy is the world’s second largest and continues to show signs of strength. But its stock market has fallen sharply in recent weeks, and some analysts predict the value of its currency will soon hit 10-year lows. Domestic debt remains high, and a new report by The New York Times suggests the Belt and Road Initiative, China’s sprawling international development project, is slowing down.

Increasing their RMB reserves would make countries more sensitive to the overall health of China’s economy. For African countries, there’s an additional concern: Adopting the yuan could add to perceptions that Africa’s emerging economies have become too reliant on China.

Multibillion-dollar loans to fund Chinese infrastructure projects tied to the Belt and Road Initiative represent sizable portions of some African economies. In Djibouti, for instance, infrastructure loans from China equal 75 percent of GDP, according to the Center for Global Development.

Peter Fabricius is a freelance journalist who consults with the Institute for Security Studies, an Africa-focused research organization. He told VOA that concerns are growing about deals that require African countries to, in effect, mortgage their natural resources to China.

“The scales are beginning to fall off from the eyes a bit in realizing that China’s not just a completely altruistic country,” Fabricius said.

By proceeding with caution, Mutimba said, African countries can keep risks in check.

“The parties concerned are aware of the need to examine the possible emergence of unforeseen risks and remain vigilant to deal with them,” he said. 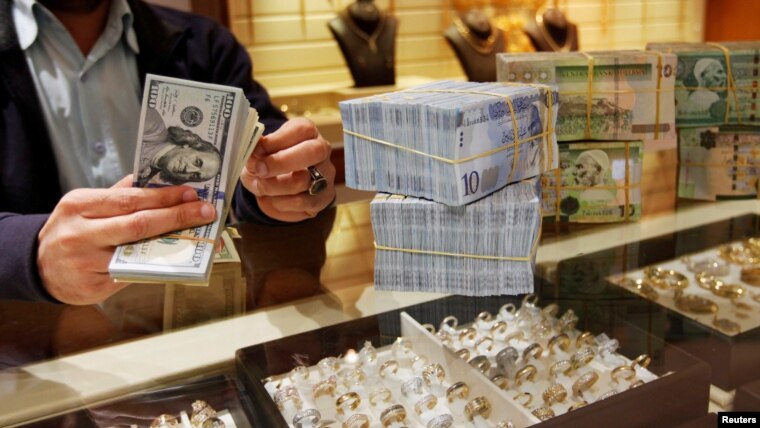 FILE - A man counts U.S. dollars at a currency exchange office in Tripoli, Libya, April 24, 2016. More countries are adding the yuan to their foreign reserves, but the U.S. dollar still dominates.

As more countries adopt the yuan or increase their reserves, China gains economic clout, especially relative to the United States.

Countries’ specific holdings are confidential, but MEFMI members hold a mix of reserves that tracks closely to global trends, according to Mutimba.

Decisions to increase or change the mix of foreign reserves fall to countries’ central banks, institutions that set national financial policies. No timeline was set for adopting the yuan at the MEFMI meeting in May. But some countries are ready to move ahead immediately, Mutimba said.